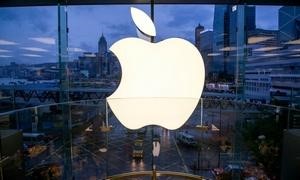 The loss-making automotive group could be valued at between 1 billion pounds ($1.30 billion) and 1.5 billion pounds, the newspaper reported.

A deal with McLaren, which also produces high performance sports cars, could give Apple key automotive technology amid reports that the iPhone maker is working on a self-driving car.

Apple has hired dozens of automotive experts over the past year and is exploring making charging stations for electric cars.

Apple and McLaren could not be immediately reached for comment.