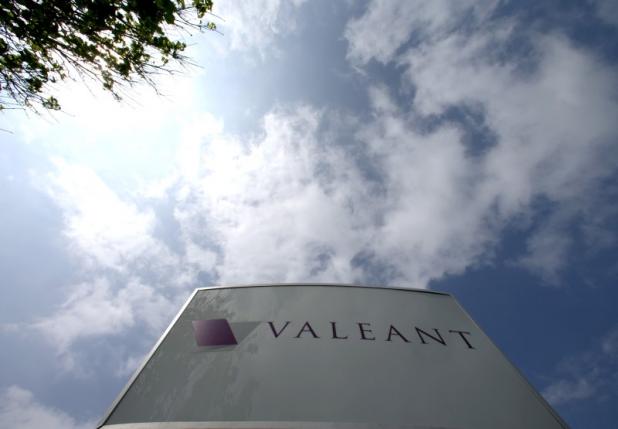 Papa will replace CEO Michael Pearson, whose years of frenzied dealmaking fueled growth at Valeant until scrutiny of its controversial relationship with a specialty pharmacy and history of sharp drug price increases hit its shares and sales last fall.

Shares of Laval, Quebec-based Valeant rose nearly 1 percent on Monday as news of the high-profile hire eased some investor concerns about the company’s ability to right itself. At Friday’s close, the stock had fallen 86 percent from a high in August.

The share decline accelerated this year after Valeant said it would restate earnings and delay filing its 2015 financial report, opening the door to possible default on its $30 billion in debt. It has been in negotiations with creditors, some of whom have issued default notices.

But Papa does not have significant experience in branded prescription drugs, Valeant’s area of focus, Wells Fargo analyst David Maris said. Perrigo sells over-the-counter products, which are a small part of Valeant’s business.

“Perrigo has limited international business; Valeant has a lot,” said Maris, who rates the stock “underperform.” “Perrigo has acquired a lot of products and divested very few; Valeant’s future probably has a lot of divestitures.”

Reuters reported earlier this month that Valeant had brought in investment banks to review its options amid buyout firms and other companies’ interest in a number of its businesses.

Kaser said one early priority should be repairing Valeant’s relationship with health insurance companies, which are steering patients away from the company’s products. “Job One is slowing and stemming the damage,” he said.

Papa also has a reputation for operating ethically, Kaser said. “You’re only going to take the job if you believe it’s a real company with real products and real cash flow,” he said. “It’s a vote of confidence by a presumably intelligent person.”

The news of the appointment, first reported by Reuters, pushed shares of Perrigo down more than 15 percent. The company replaced Papa with President John Hendrickson, a 27-year Perrigo veteran, and also reported lower-than-expected preliminary earnings. It also named director Laurie Brlas as chairman.

Perrigo reported preliminary first-quarter earnings of $1.71 to $1.77 per share and said it expected a full-year profit of $8.20 to $8.60 per share, excluding special items. Both are below analysts’ expectations, according to Thomson Reuters I/B/E/S.

Valeant was looking for a replacement for Pearson for more than a month. He suddenly left in December on a medical leave for pneumonia and returned to Valeant at the end of February.

The changes have come after activist investor Bill Ackman, who has lost billions of dollars on the company, joined its board and creditors began to increase pressure. Several groups of noteholders have issued notices of default, requiring Valeant to file its 2015 financial report as soon as April 29.

Papa will also be on Valeant’s board.