The U.S. could run out of occupational therapists, railroad engineers and other workers, potentially leaving the economy in a long-term slump

The U.S. is at risk of running out of occupational therapists, railroad engineers, mathematicians, machinists and other workers, potentially leaving the economy in a long-term slump.

“In the next 10 to 15 years, we expect U.S. employers to demand more labor than will be available, which will, in turn, constrain overall economic growth,” the Conference Board said in a report to be released Tuesday.

It may seem premature to talk about a labor shortage while the Great Recession and its 10% unemployment rate are a recent, painful memory. Meanwhile, the share of Americans in the labor force is historically low and wages are barely showing signs of picking up.

But the corporate-research organization believes the U.S. is fast approaching full employment and sees few signs the population of working-age Americans will grow enough to fill the ranks left by retirees and rising demand from employers.

The Conference Board examined and ranked 457 occupations in its analysis. The full set and subindices are available at the group’s website.

There are several signs of a tightening labor market, including a falling unemployment rate, rising number of job quitters and the number of job openings outpacing the number of hires, suggesting that employers are struggling to find workers. 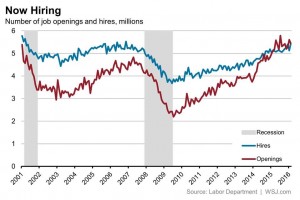 Of course, other measures suggest the labor market remains well short of full employment. Labor-force participation has ticked up but remains historically low. 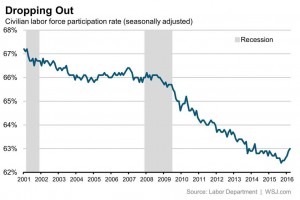 And wage gains have been paltry, suggesting that workers don’t have much negotiating power, though some measures are showing signs of life. 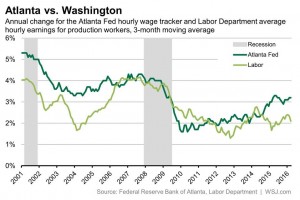 The Conference Board expects significant acceleration for wages in the coming years as the unemployment rate continues to fall. The official rate was 5% in March. That will likely fall to 4.5% percent by the end of 2016, “and absent a major slowdown in the economy, to about 4.2% by the end of 2017.”

Simple demographics are the main culprit for the looming shortage. For one, aging baby boomers mean more retirements. Before the latest recession, the number of retirees increased by about 400,000 a year; in the past four years the figure has surged to more than 1.2 million annually, the group calculates.

Second, an aging population also will spur demand in some fields, especially health care. That becomes more obvious with a look at occupations facing shortages. Demand will drive up the need for physical therapists and nurses. Meanwhile, retirements will create openings in many skilled jobs that younger workers have eschewed, such as plant operators, railroad workers, machinists and electricians—jobs that require a specific skill set but not necessarily a college degree.

As a result, the Conference Board’s economic forecast is grim.

“The end result would be a 25-year period, 2005–30, of the U.S. economy growing by 1.5% on average,” the group said. “This is unprecedented: never in modern U.S. history have we experienced such a lengthy slow-growth period.”