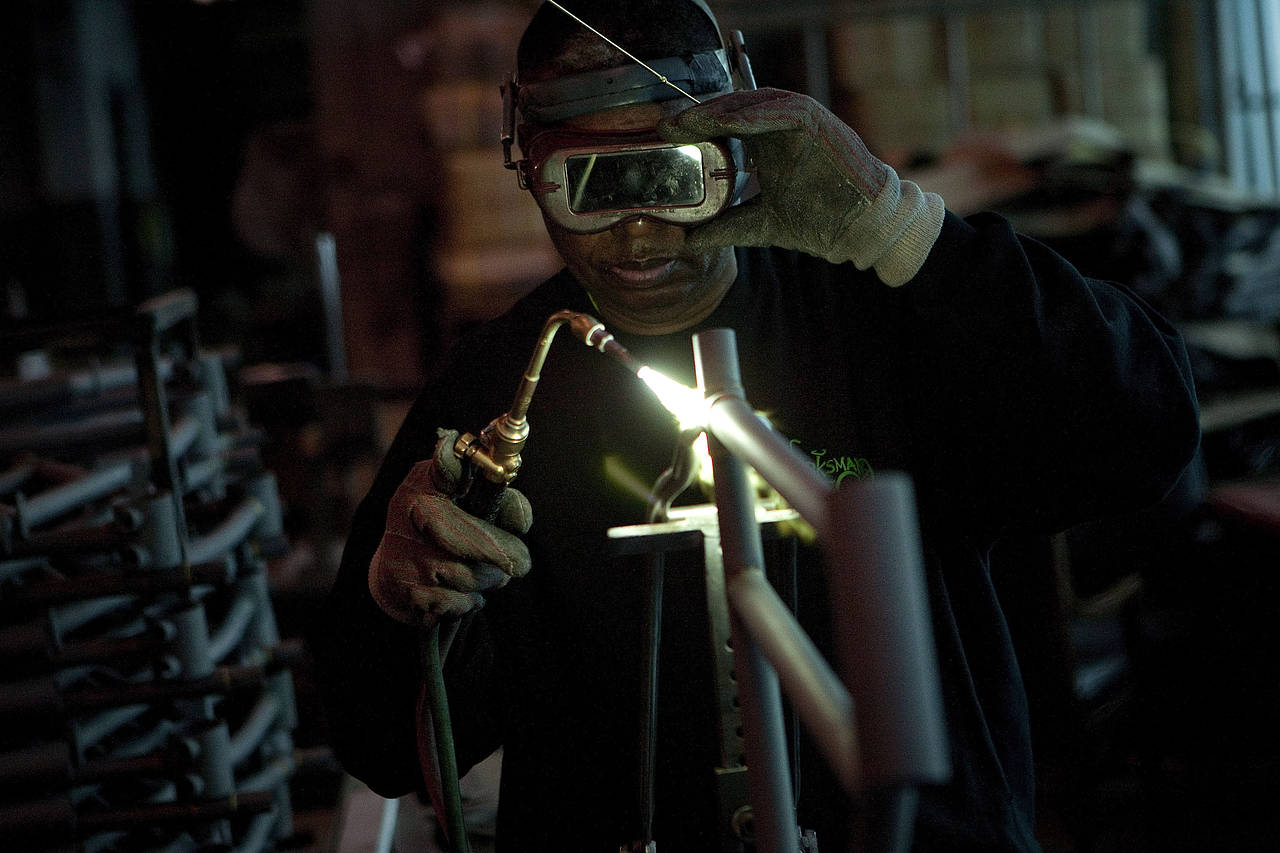 Growth rate was the fastest recorded in two years after expanding an anemic 1.4% in the second quarter

WASHINGTON—U.S. economic growth accelerated last quarter, easing fears of a near-term slowdown but doing little to change the trajectory of a long but weak expansion.

Gross domestic product, a broad measure of goods and services produced across the economy, expanded at an inflation- and seasonally adjusted 2.9% annual rate in the third quarter, the Commerce Department said Friday. That was stronger growth than the second quarter’s pace of 1.4%. Economists surveyed by The Wall Street Journal expected growth at a 2.5% pace for the July-to-September period.

The third-quarter acceleration largely reflected increased exports and a buildup of inventories, while consumer spending increased at a slower rate.

The latest data “do not point towards a new growth path but rather a strong rebound following one year of soggy growth,” said Joseph Brusuelas, chief economist at consulting firm RSM US.

The improvement could give Democratic presidential nominee Hillary Clinton more latitude to position herself as the candidate to continue Obama administration policies that have led to a long expansion. Still, the most recent gain comes in the weakest expansion in recent memory, a point Republican candidate Donald Trump makes frequently.

Since the recession ended in mid-2009 the economy has grown at roughly a 2% annual rate, making the current expansion the weakest on records back to 1949.

Inventories Assist GrowthHeadline U.S. GDP grew at 2.9% in the most recent quarter, but a less-volatile measurethat excludes changes in private inventories was up only 2.3%.THE WALL STREET JOURNALSource: Commerce DepartmentNote: All figures are adjusted for inflation and seasonality.

Federal Reserve policy makers are likely to hold the central bank’s benchmark interest rate steady when they meet next week, but improved output gains could support the first increase in a year at their December meeting.

“Acceleration in growth in the third quarter, as well as continued improvement in the labor market and indications of higher inflation,” will lead the Fed “to boost the federal funds” in December, PNC Financial Services economists wrote in a note Friday.

The third-quarter GDP report showed consumer-spending gains slowed after a strong advance this spring. Personal-consumption expenditures rose at a 2.1% pace in the third quarter compared with a 4.3% gain during the prior period. Spending on long-lasting durable goods such as cars and appliances rose grew at better than 9% in the past two quarters.

Consumer spending accounts for about two-thirds of total output.

Exports, which add to GDP, increased at a 10% rate in the third quarter, the best gain in nearly three years. Export gains had slumped over the prior year and half, in part because a stronger dollar made U.S. good more expensive overseas. But separate data suggested that shipments of agricultural products, especially soybeans, supported the latest gain.

“Some of that surge was due to a one-off spike in soybean exports,” said Paul Ashworth, chief U.S. economist at Capital Economics. “But it is still a welcome sign that the dollar appreciation in 2014 and 2015 is no longer weighing on exporters.”

Imports, which subtract from domestic output, increased at a 2.3% rate. In total, trade contributed 0.83 percentage point to overall growth.

The change in private inventories, a drag on output the five previous quarters, contributed 0.61 percentage point to the overall growth rate in the third quarter. An increase in stockpiles could indicate businesses are more confident in future demand.

A measure of economic growth that excludes inventory effects, real final sales of domestic product, rose at a 2.3% pace in the third quarter, a slight slowdown compared with a 2.6% increase in the second quarter.

A measure of business spending, nonresidential fixed investment, rose at a 1.2% rate versus the prior quarter’s 1% advance. Firms increased spending on building structures, but reduced outlays on equipment for the fourth straight quarter. Spending on intellectual property, including research and development and software, advanced at a slower pace than in the prior quarter.

What Drove Third-Quarter GrowthPercentage-point contributions to the most recent quarter’s 2.9% GDP-growth figureTHE WALL STREET JOURNALSource: Commerce DepartmentNote: All figures are adjusted for inflation and seasonality.

Rapid sales growth at Proto Labs Inc. slowed over the past year, particularly for clients tied to industrial equipment and commodities, said Chief Executive Officer Vicki Holt.The Maple Plain, Minn., manufacturer uses 3-D printing to create prototypes. “There’s just some cautiousness that I feel in the environment,” she said. “An increased number of customers tell us the reason they haven’t bought yet is because projects have been delayed or canceled.”

Spending on home building and improvements fell for the second straight quarter. Residential fixed investment declined at a 6.2% pace in the third quarter. Until this spring, residential investment had been a driver of economic growth since mid-2014.

Government spending advanced at a 0.5% rate last quarter, with stronger federal spending offsetting a decline at the state and local level.

The latest data suggests the economy this year isn’t likely to top 2015’s 2.6% growth rate, the best annual reading of the expansion. The economy has failed to grow better than a 3% in any year since 2005, and many economists expect such growth will remain a rarity. The nonpartisan Congressional Budget Office projects GDP to grow at around 2% annually through 2026. Federal Reserve policy makers have pegged longer-run output gains at a 1.8% annual rate.

GDP Growth by PresidencyThe last GDP report before Barack Obama’s successor is elected seems like a good time tocheck in on economic growth during Obama’s term. Annualized growth:THE WALL STREET JOURNALSource: Commerce DepartmentNote: All figures are adjusted for inflation and seasonality. Baselines are set at the quarter before inauguration and extend throughthe quarter each man’s successor was elected.

And while output advanced at a quicker rate last quarter, hiring was also stronger than in the second quarter. That could restrain improvement in worker productivity. Worker productivity has decreased for three straight quarters, through the midpoint of this year, and has been weak for much of the expansion. Productivity is a key ingredient in determining future growth in wages, prices and overall economic output.

Corrections & Amplifications:
The gross domestic product report was released on Friday. An earlier version of this article online incorrectly stated the report came out on Thursday. (10/28)