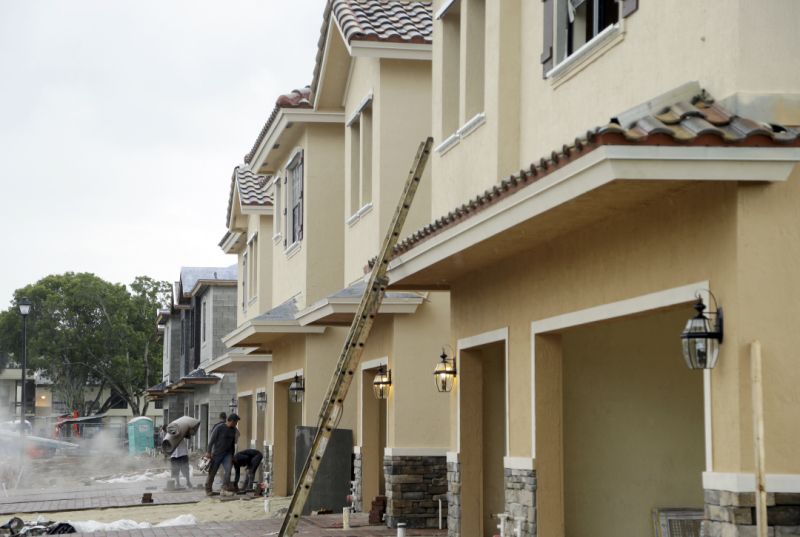 WASHINGTON (AP) — Sales of new homes retreated in August, one month after surging to the highest level in nearly nine years. Activity fell in all regions of the country except the West.

New home sales dropped 7.6 percent last month to a seasonally adjusted annual rate of 609,000 units, the Commerce Department reported Monday. That followed a surge in sales in July when they jumped 13.8 percent to a rate of 659,000, the fastest pace since October 2007.

Sales had been expected to slow following the July surge.

Even with the August decline, sales of new homes are up a solid 20.1 percent from a year earlier. Jennifer Lee, senior economist at BMO Capital Markets, pointed to a number of positive factors helping the housing market.

“Homebuilder confidence is up and price growth has slowed, which is good news for first-time homebuyers, as are easing credit standards and low mortgage rates,” she wrote in a research note.

One problem weighing on the industry is a lack of available homes for sale, both in the new home category and existing homes. Sales of existing homes slipped 0.9 percent in August to an annual rate of 5.33 million units.

At the August sales pace, it would take 4.6 months to exhaust the supply of new homes on the market. That’s up from 4.2 months’ supply in July. Both months represent low inventory levels, even though construction of new homes has accelerated for most of this year. Builders would like to boost construction even more, but they face rising land and labor costs.

By region, sales fell the most in the Northeast, dropping 34.3 percent. Sales in the South were down 12.3 percent, and they fell 2.4 percent in the Midwest. The West was the only region of the country that saw a sales increase last month, a rise of 8 percent.