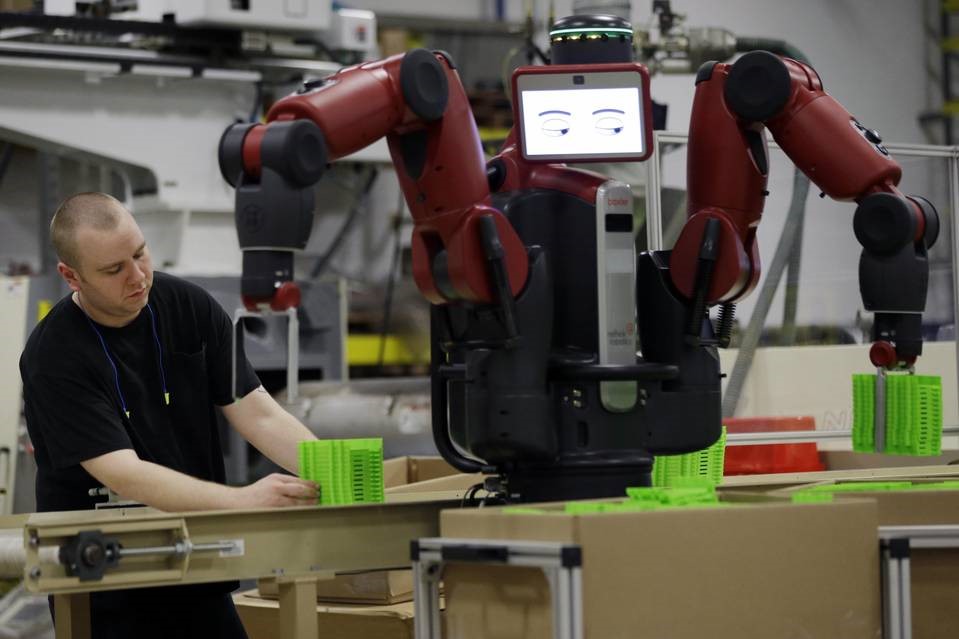 Just because an activity can be automated doesn’t mean that it will be. Industries with a cheap, plentiful labor supply for a particular set of tasks may not be outsourced to machines any time soon.

Managers and dental hygienists: your jobs are safe.

A McKinsey & Co. report says those jobs are among the least likely to be automated in the next decade. The consulting firm analyzed more than 2,000 work tasks for more than 800 occupations, using data from the federal Bureau of Labor Statistics and other sources to determine which industries and jobs are most at risk.

Manufacturing, food service and retailing are the most susceptible to automation, based on currently available technology, while sectors like health care and education were less likely, according to the report.

Researchers categorized work tasks into those most and least susceptible to automation. Predictable, repetitive tasks, such as packaging objects, welding on an assembly line and food preparation, were the most likely to be automated using currently available technologies.

Such tasks account for about one-fifth of the time spent in U.S. workplaces, and even more in some types of manufacturing. The report estimates that 59% of all manufacturing activities could be automated, a figure that rises to 90% for welders, cutters and solderers. Far less easily automated are the duties of customer-service representatives.

Food service is the industry most likely to be taken over by technology, according to the report, since 73% of the tasks performed by food workers could be automated based on existing technologies.

Tougher to automate are the tasks of bosses, such as managing and developing people, or applying expertise to decision-making, planning and creative work, according to the report.

Health workers can breathe easy for now. Much of their work requires direct contact with patients and significant expertise; for example, only about 13% of a dental hygienist’s activities could be automated, researchers believe.

Just because an activity can be automated doesn’t mean that it will be. Industries with a cheap, plentiful labor supply for a particular set of tasks may not be outsourced to machines any time soon, the report, published in the McKinsey Quarterly, suggests.

Last year, using the same data set, the researchers found that technology available now could automate 45% of the tasks people are paid to do—and that about 60% of all jobs could see at least 30% of their tasks automated.