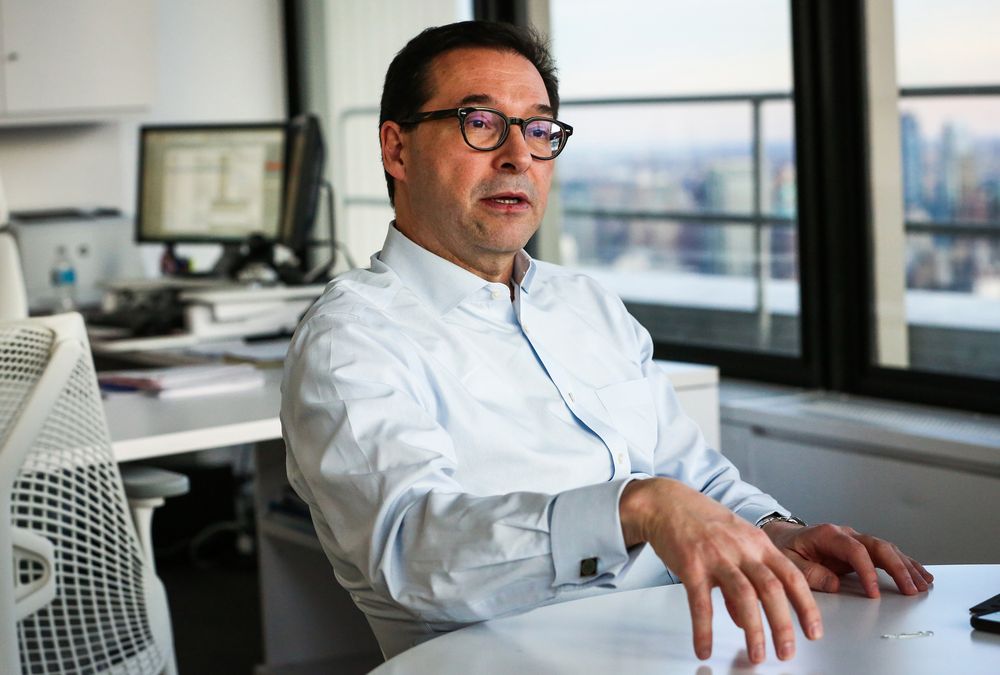 The shake-up marks less than two years in the job for Garcia, a Colgate-Palmolive Co. veteran who laid out plans to reach $5 billion in annual sales within five years. (Revenue is currently less than $3 billion.)

The executive, now 58, received a $2 million cash sign-on award when he joined the company in April 2016. He is pursuing “other opportunities and will hand the reins to board member Paul Meister, who will lead the company on an interim basis, the company said.

At the same time, the younger Perelman, who has served on Revlon’s board since 2015, will take on more responsibility, overseeing parts of marketing, sales and research and development.

The management changes threaten fresh upheaval to a cosmetics maker already struggling with red ink and heavy debt. Revlon has been working to stay relevant as specialty beauty stores and e-commerce shops shake up the makeup industry. It’s also been digesting the acquisition of Elizabeth Arden, which the company bought for about $419 million in 2016.

Those twin challenges have brought “a difficult year for us,” Ron Perelman said in a statement.

“We are aggressively catching up to that rapid transformation and I want to thank Fabian for his leadership through this challenging and dynamic period,” he said.

The company reported that its fourth-quarter net loss widened to as much as $80 million, from $36.5 million a year earlier.

Sales slipped to $785 million during the period, compared with $801 million the prior year. Still, that figure was better than the $743 million predicted by analysts. The shares gained 2.7 percent to $22.60 in extended trading after the announcement.

Adjusted earnings before interest, taxes, depreciation and amortization amounted to $110 million to $115 million in the fourth quarter. Analysts were estimating a number at the high end of that range.

For the full year, Revlon expects a net loss of about $165 million to $185 million. That includes a roughly $11 million writedown tied to the company’s Global Color Brands division.

Revlon’s mounting losses — coupled with its $3 billion of junk-rated debt — have fueled speculation that Perelman will seek some kind of deal or asset transfer. The billionaire’s investment firm, MacAndrews & Forbes Holdings, owns more than 80 percent of the company.

Some investors and researchers have raised the notion of Revlon doing a J. Crew-style debt makeover. That company transferred assets to an offshore subsidiary, leaving less collateral for lenders to claim in a potential restructuring.

Revlon Chief Financial Officer Chris Peterson sought to tamp down those concerns on Monday. “A material asset transfer is not being considered,” he said in the statement.

Yet analysts were slow to dismiss their concerns.

“We believe covenant risk remains a significant concern, particularly if earnings do not show meaningful improvement ahead of the Feb. 2021 $500 million bond maturity,” Wells Fargo credit analysts led by Grant Jordan wrote in a note to clients published Tuesday.

Despite challenges, the company sees reason for hope. Its color cosmetics business, a category that includes lipstick, foundation and blush, has returned to growth in North America, Peterson said.

Revlon faces a U.S. beauty industry undergoing several shifts. Shoppers are migrating to specialty stores such as Ulta Beauty Inc. and LVMH’s Sephora shops, or buying their makeup and cosmetics online. Amazon.com Inc. has established itself as a major player in online beauty, while such startups as Birchbox and Ipsy gain ground with their subscription services.

“With online sales at only 3 percent, Revlon is anywhere from five to ten years behind other vendors on the online game plan at this point,” said Mark Kaufman, a senior analyst in distressed debt at brokerage firm Ramirez & Co.

Unlike rivals Estee Lauder Cos. and L’Oreal SA, Revlon also hasn’t acquired up-and-coming independent beauty brands in order to court younger shoppers, choosing instead to focus its resources on revitalizing existing labels. The company has enlisted plenty of star power to back its brands, including actresses Gal Gadot for Revlon, Reese Witherspoon for Elizabeth Arden, and Rashida Jones for Almay.

Revlon, based in New York, expects to report its official fourth-quarter results on March 2.