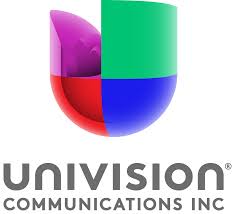 In a move many in the industry expected, Univision took sole ownership Thursday of Fusion, which launched in 2013 as a joint venture with ABC.

In doing so, Univision found a home for some of its recent English-language acquisitions including satirical news site The Onion and the African-American skewing The Root. The two properties will be under The Fusion Media Group, which also includes Fusion, Flama, Unvision Digital, Univision Music and a stake in Robert Rodriguez’s El Rey network.

“A lot of folks in the marketplace today have a lot of audience, but they may not have as deep the brands we have,” said Mark López, evp of Univision Digital. “For a while we’ve been executing against what we think is the next wave of growth in the U.S.” In fact, the U.S. Census Bureau expects the country’s Hispanic population to nearly double by 2050, reaching about 106 million.

Adweek: Why would Univision, a Spanish-language broadcaster, acquire The Onion, an English-language fake news website?
Mark López: The Onion is a very strong brand that appeals to that demo and really plugs in really well with assets like Fusion as we develop that. When we look at our competitive set, we’re not talking anymore about the traditional Hispanic players. We’re really competing for that growth consumer across both multicultural and general market.

How do you guys plan to work together? Is The Onion going to look any different now that you guys are on board?
The Onion’s management team is really superb, and they’ve done a great job of managing that business. But at times, they were hampered by the inability to invest in areas of growth that require funds and resources. Being part of UCI allows them to really look at those.

Programmatic expertise, for example—they are leveraging the expertise that we have within Univision. The other piece is leveraging our Univision Creator Network. We can bring in and look at the ability to create an MCN for The Onion around comedy.

So, you’re looking to find the next digital video stars for The Onion?
It could be. Nothing’s been formalized, but that’s another area where we could collaborate, leveraging our creator network. It would be a different set of creators obviously around comedy.

Are you working with The Onion on content that will air on TV, like an Onion-branded program or programming block?
Those are all possible. When you look at The Onion and what they offer and an asset like Fusion, it could definitely be possible. We’re also working a lot closer with them commercially with clients around their expertise around Onion Labs and the work they’ve been doing, not only with clients but also with key partners like Facebook Anthology and see how we can take that branded expertise across our portfolio with Fusion’s branded team, Lightworks, and across other assets. There’s a ton of potential opportunities. It’s very early days.

You mentioned tapping into Onion Labs. What are some of the other ways you’re looking to work with your clients on the advertising side in tandem with The Onion?
Creatively, there’s ways that we can work, especially with clients that have been comfortable diving into comedy. We’re in discussions of doing that with a number of clients where we bring all the assets together. There’s definitely going to be companies that are amendable to working with The Onion—others, not as much. The advantage there is you have thematically a great brand going out to the marketplace that can work in conjunction with our other brands.

For clients that are not as amendable, you also have the reach of that audience that you can tap programmatically.