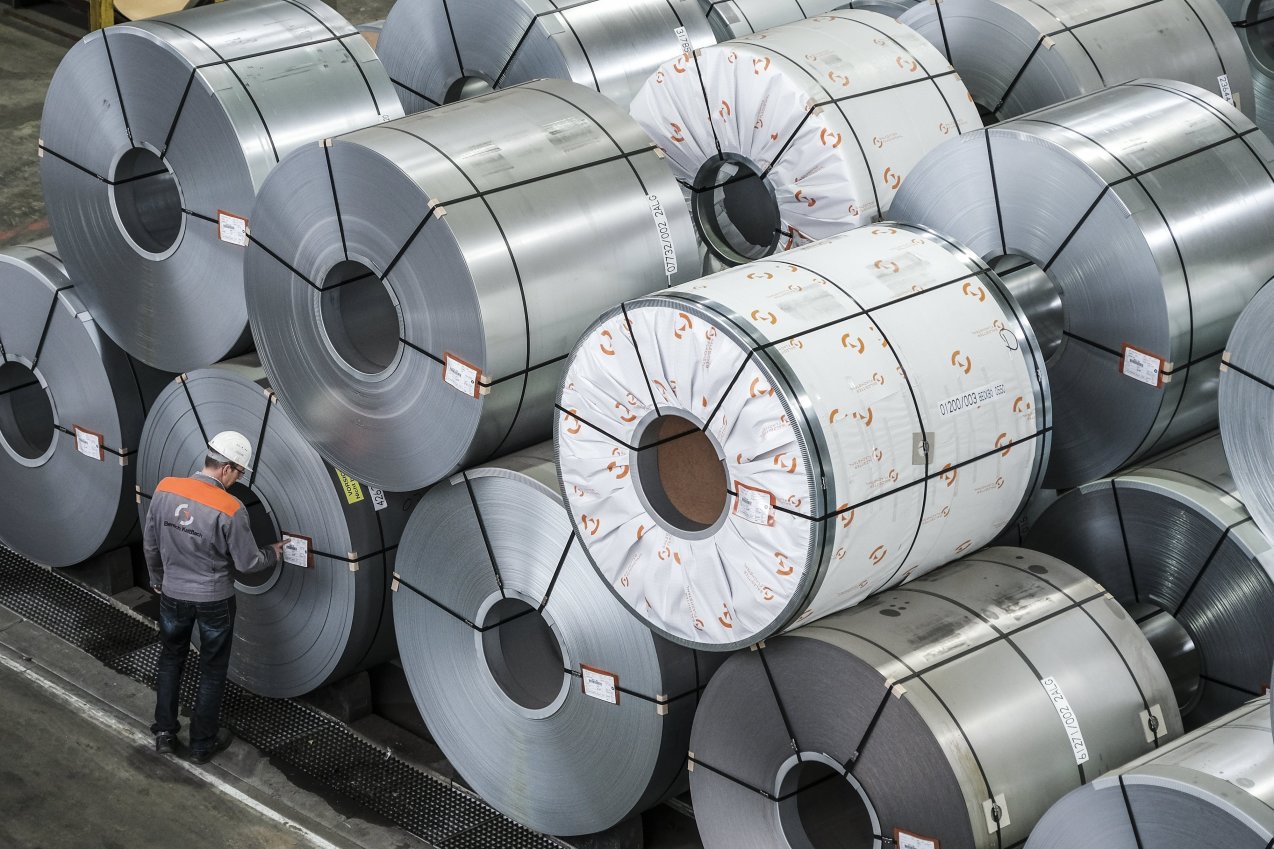 One analyst says steel prices could go ‘dramatically higher,’ and Century Aluminum will more than double production at a Kentucky smelter

Blanket tariffs on steel and aluminum imported into the U.S. are likely to keep driving up domestic metal prices that have already been on a tear.

Rising prices globally and dozens of tariffs the U.S. has already applied to individual countries and products have discouraged foreign producers from selling cheap metal in the U.S. The strong U.S. economy and a rebounding oil-and-gas industry have also driven up domestic demand.

The tariffs of 25% on foreign steel and 10% on foreign aluminum that President Trump said he will enact next week will likely push up domestic prices even further. How exactly the tariffs will be implemented and additional details weren’t disclosed on Thursday at a meeting Mr. Trump held with steel and aluminum industry executives.

Metal-making executives and industry analysts expect aluminum and steel markets to react differently if the tariffs are implemented.

Sharply higher steel prices will encourage companies to fire up some idle blast furnaces in the U.S., said  Curt Woodworth, of Credit Suisse . “We think prices could get dramatically higher in the short run,” he said.

“We don’t think it’s enough to justify a substantial increase in domestic production,” said Matt Aboud, head of the North American commercial business for Norway’s Norsk HydroAS NHYDY 1.41% A, which operates processing mills in the U.S. that use recycled scrap and raw aluminum from overseas smelters.

Aluminum traders have stockpiled aluminum in U.S. warehouses in anticipation of the tariff. Consulting firm Harbor Aluminum Intelligence estimates record 2.3 million metric tons are in storage in the U.S.

Analysts expect the tariff mostly to be reflected in the delivery premium that U.S. aluminum consumers pay to producers on top of the price of the metal itself, which has been stable lately about $2,100 a ton. The delivery premium is up about 6% from last year to 14.5 cents per pound. Harbor Aluminum predicts that it could reach 19 cents per pound if the tariff is implemented.

Century Aluminum Co. CENX 2.25% said Thursday it will more than double production at a Kentucky smelter to 250,000 tons annually because of higher prices it expects to charge after the tariff is implemented. The company said the $100-million restart of idle smelting lines will double the plant’s workforce to 600 people.

Century’s Chief Executive Michael Bless predicted as much as 1 million tons of U.S. aluminum smelting capacity industrywide could restart in the coming months. “We think the tariff achieves what needs to be done,” he said.

Steelmakers, too, said they will increase production. U.S. steel imports have increased for years as a global glut of steel drove down prices, causing domestic producers to close mills. Imports accounted for more than a quarter of the U.S. steel supply last year.

“It will accelerate our growth plans,” he said.

The benchmark price for hot-rolled, coiled steel is above $770 a ton, up 32% from a recent low point in October. Spot-market prices for that type of steel, widely used in manufacturing, are above $800 a ton. Some steel distributors say mills are only partially filling their orders because of tight supplies.