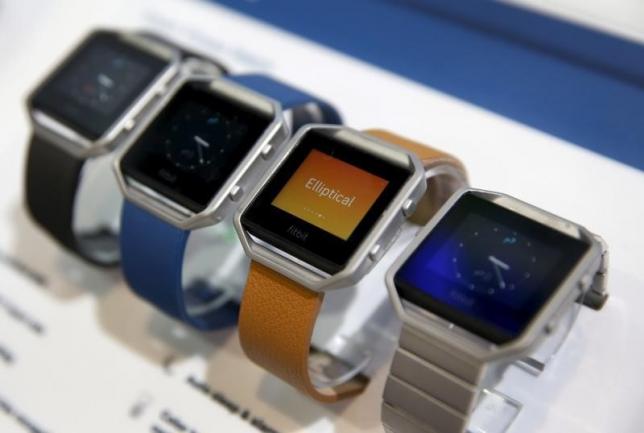 Fitbit users could soon make payments with a flick of the wrist, as the maker of the simple yet hugely popular fitness bands races to pack in more features in its products.

Fitbit, though, is not the first wearable device maker to foray into this technology, which allows users to make payments through their smartphones, smartwatches or fitness bands.

Rival Jawbone has already tied up with American Express Co to let users pay through its premium UP4 fitness band.

NFC has featured prominently in some mobile devices and is used in the Apple Watch as well as payment services such as Apple Pay, Samsung Pay and Google Wallet.

For Fitbit, which dominates the wearable devices market, the deal could help it catch up on a technology that is becoming increasingly popular with users and retailers.

The company, however, said on Wednesday it had no plans to introduce the technology to its devices this year, but may integrate it in future gadgets.

Fitbit said the deal with Coin, which debuted on crowdfunding platform Kickstarter in 2013, includes key personnel and intellectual property.

The terms of the deal, which was completed on May 12, were not disclosed. A Fitbit spokeswoman told Reuters the deal would not materially affect the company.

The deal does not include Coin 2.0, a payment device that combines debit, credit and gift cards. Coin said it would discontinue the device.

Fitbit retained its strong grasp on the wearables market in the first quarter, accounting for nearly a quarter of it, according to an IDC report released on Monday.

However, the Apple Watch, which supports Apple Pay, remains the most popular smartwatch, with an estimated 1.5 million devices shipped in the quarter according to IDC.

Fitbit also said on Wednesday that it would make its Fitbit Blaze and Fitbit Alta smartwatches available in China.

Fitbit’s shares were unchanged in afternoon trading on Wednesday.