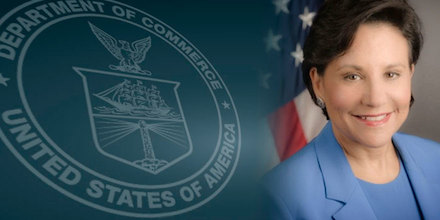 Speaking before hundreds of attendees, Secretary Pritzker will highlight the Department of Commerce’s role in strengthening America’s manufacturing industry, and how the National Network for Manufacturing Innovation is keeping this sector on the cutting edge of innovation. The NNMI has brought together companies, universities, academic and training institutions, and federal agencies to co-invest in “hubs” focused on emerging technologies, which are intended to encourage additional investment and production in the United States. In her remarks, Secretary Pritzker will preview the next chapter for NNMI as the network of institutes continues to grow.

During Pritzker’s tenure as Secretary of Commerce, she has been an advocate for the manufacturing industry on trade, innovation, and workforce development issues. Under her tenure, Manufacturing Day has grown from a small pilot to an initiative that last year reached over 400,000 people.

Secretary Pritzker will be introduced by Richard Simons, President/CEO of Hardinge Group™ and Chairman of AMT – The Association For Manufacturing Technology, which produces and owns IMTS. AMT President Douglas K. Woods will open the ceremony.

“We are thrilled to have Secretary Pritzker visit IMTS,” said Peter R. Eelman, AMT Vice President – Exhibitions & Business Development. “It symbolizes the collaboration that continues to develop between the manufacturing industry and the U.S. government that will drive innovation forward.”