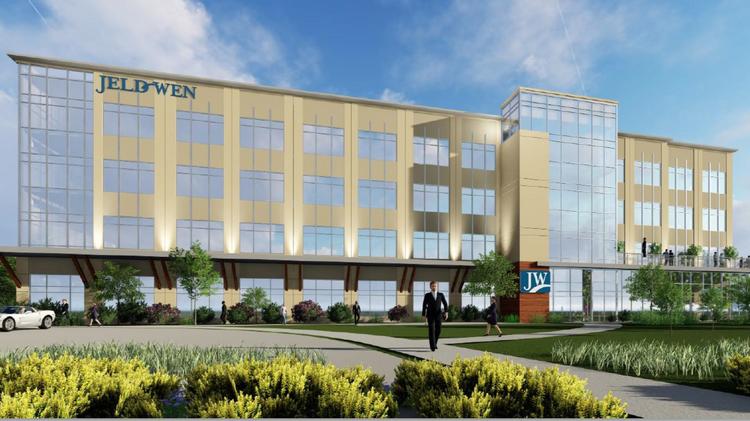 Charlotte-based Jeld-Wen Holding Inc. expects to raise more than $450 million in an initial public offering this year, the company says in an SEC filing this week.

Shares will sell between $21 and $23 a share and the largest winner may be Canadian private equity firm Onex, which now owns a sizable part of the window- and door-manufacturing company.

Jeld-Wen, which moved to Charlotte from Oregon in 2012, announced in November that it plans to move into a new corporate headquarters in Ayrsley. That 120,000-square-foot building, now called One Silver Crescent, is being developed by New Forum Inc. for 200 employees.

Jeld-Wen expects to offer 25 million shares of stock but the exact timing of the IPO isn’t disclosed.

In August, The Wall Street Journal wrote that Jeld-Wen was considering an IPO or an outright sale, which could bring up to $3 billion. Bloomberg News says a public offering of Jeld-Wen stock could raise up to $500 million for the company and its owners.

Jeld-Wen currently leases 23,200 square feet at the Ally Center in uptown. That lease, signed in 2013, was designed to bring slightly fewer than 150 employees to the fourth floor of the Ally Center.

From the IPO prospectus, we learn that Jeld-Wen employs 20,800 and operates 115 manufacturing facilities in 19 countries. The closest plants to Charlotte are located in North Wilkesboro and Lexington.

Mark Beck is president and CEO of Jeld-Wen.