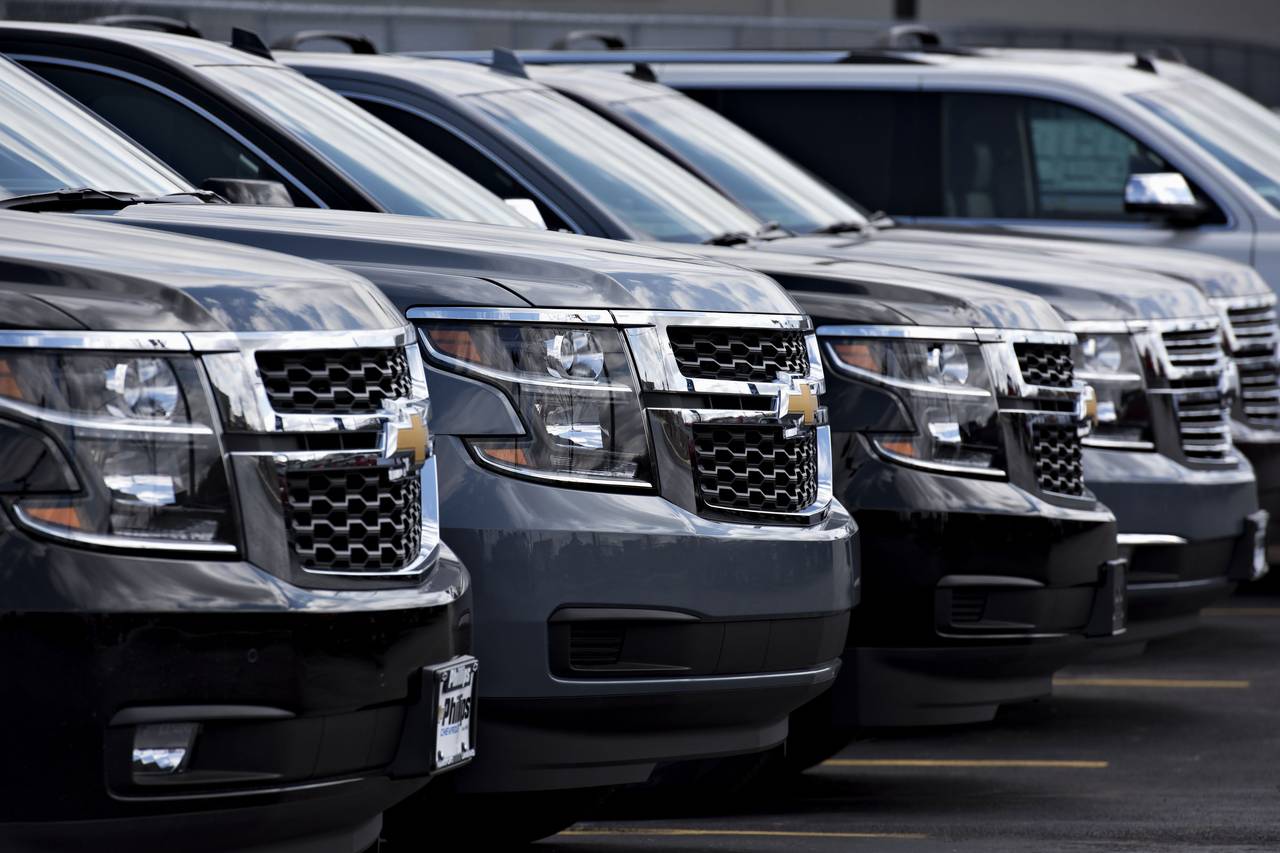 For years, the thousands of U.S. dealers selling General Motors Co. vehicles were saddled with large cars and trucks when customers were looking for small vehicles. Now, as U.S. auto sales climb to a record pace, many of these same dealers say they are begging for pickup trucks and sport-utility vehicles.

“We absolutely have more customers that want trucks than trucks to sell,” Bill Fox, co-owner of Sharon Chevrolet in upstate New York, said in a recent interview. Rich Walicki,vice president of Jim Winter Buick-Cadillac-GMC in Jackson, Mich., said: “We could have sold more trucks earlier in the year if we had more.”

The mismatch is again costing GM precious U.S. market share. Its current 16.7% chunk of the domestic market is a more-than-three-decade low for the nation’s largest auto maker. In contrast, No. 2 U.S. auto maker Ford Motor Co. has crept up to 15.3% and should inch closer in June, say analysts.

While GM executives have pinned the decline on a decision to sell fewer low-margin fleet vehicles, its inability to keep up with sizzling demand for pickup trucks and sport-utility vehicles also plays a major role in the decline.

It has been several years since domestic auto makers battled one another in bloody market share wars. More recently they have focused on boosting margins by operating fewer factories and running leaner. GM argues the tack allows it to spend less money discounting its cars and more on making them better.

Still, with retail demand recently showing signs of a peak, GM’s rapidly weakening market position raises questions about its ability to keep pace with already-low investor expectations. GM shares were trading around $28 Wednesday, below the 2010 initial-public-offering price of $33 a share despite delivering record first-quarter operating profit this year.

The market-share slump isn’t just an inventory problem. While Mr. Fox’s lack of Chevy trucks reflects production constraints from the company’s aggressive downsizing before it emerged from bankruptcy in 2009, critical product launches—such as a new Cadillac crossover wagon—also have been delayed, and GM has stale products in areas such as midsize crossovers and SUVs.

GM also is underrepresented in the profitable commercial-van and truck market, where GM lags behind rival Ford. GM is developing new commercial-truck products in a move to catch up.

Among the top 10 companies selling vehicles in the U.S., GM is the only one to have sold fewer light trucks through May—the segment that includes crossover wagons, SUVs and pickup trucks—than a year earlier. As gasoline prices hover around $2 a gallon nationwide, auto sales in the U.S. were up 9.6% through the year’s five months. But GM’s once-dominant share of that segment has slipped to 19.7%; Fiat Chrysler’s is 18.8% and Ford’s is 18.3%, according to data provider WardsAuto.com.

Auto makers report June auto sales on Friday, and investors will be watching closely to determine whether GM’s disappointing 18% year-over-year May volume decline—including a 14% slide in truck sales—was an anomaly or the start of a trend.

‘They know the down cycle will come, [and] ultimately sales will decline.’

John Stapleton, GM’s North America chief financial officer, said this month the company was adding weekend shifts at truck plants and taking other measures to better meet demand, but it is avoiding investing new capital ahead of a potential market cool down.

GM, more than its Detroit rivals, is placing bets on a rapid transition in urban areas to ride-sharing from new-car ownership while funding stock buybacks and international expansion. The company has shelled out more than $1.5 billion to invest in Lyft Inc., a ride sharing company, and purchased a small autonomous vehicle developer based in San Francisco.

It costs about as much as those investments to build a new plant, but that is a venture GM is reluctant to embark on after years spent trying to whittle down its manufacturing footprint.

“They know the down cycle will come [and] ultimately sales will decline,” said Rick Kwas,a Wells Fargo Securities equity analyst. “They know what can happen.”

Still, GM’s recent release of more new passenger cars indicates the company was unprepared for the rapid growth in sales of light trucks. Nearly 58% of its sales this year through May were to light-truck buyers, up nearly 10 percentage points from the same period in 2012.

GM is in the midst of launching several new sedans, small cars and new electric cars as those market segments continue to sag. In contrast, some rivals including Fiat Chrysler are working to lower their reliance on those types of vehicles. Mr. Stapleton, speaking at a Citi Industrials Conference earlier this month, said the company has lost market share in smaller and midsize-SUVs because the company’s offerings there are in some cases six to eight years old.

Mr. Stapleton indicated fresh products for these lines were on the way.

Mr. Fox, the Chevy dealer in Auburn, N.Y., said the company could help itself by churning out more of the products that people want to buy. The Chevrolet Colorado, a midsize pickup thriving in a segment that Ford and Chrysler abandoned several years ago, is in short supply because the product is built alongside vans in a jam-packed Missouri factory.

GM is making moves to boost Missouri’s output—including boosting line speed and contracting some of the van production to Navistar International Corp.—but it doesn’t want to spend on additional bricks and mortar.

Other crucial product launches, meanwhile, have experienced hiccups. The Cadillac XT5 crossover, a replacement for the GM luxury division’s best-selling and profit-rich SRX, was delayed by a parts-supplier problem. GM didn’t have enough SRX inventory to bridge the gap.