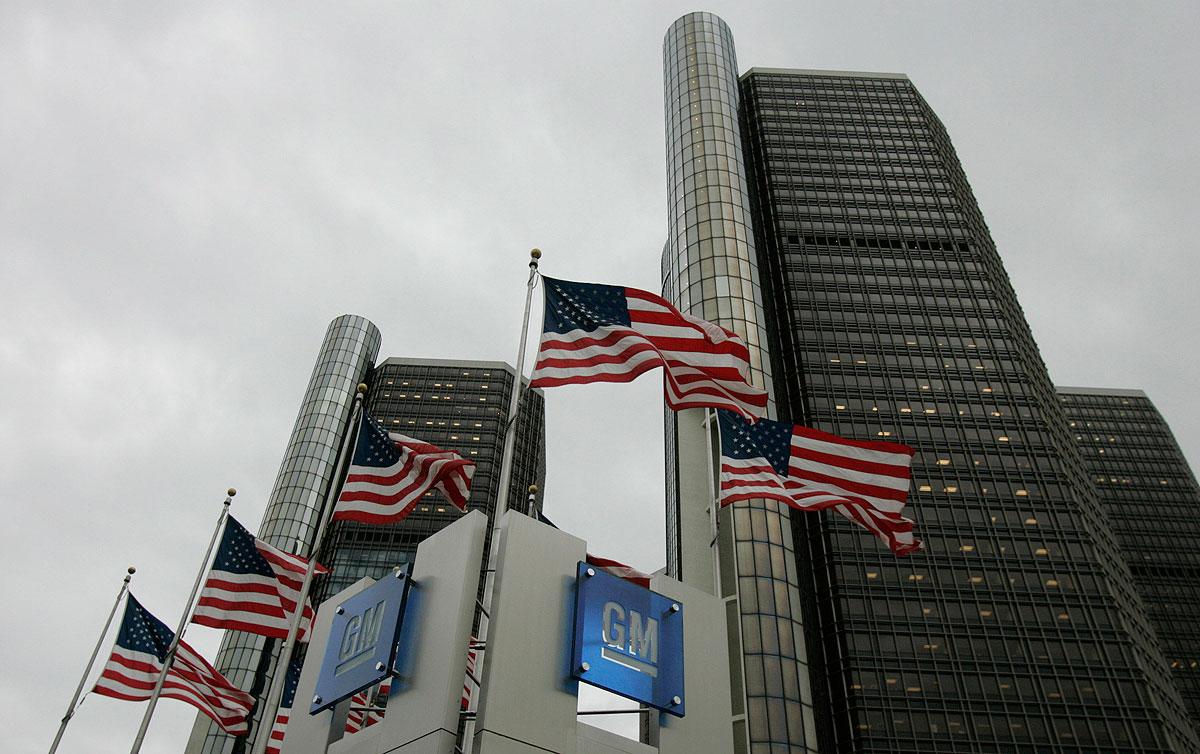 DETROIT — General Motors’ first-quarter operating profit surged to its highest level since before its 2009 bankruptcy, driven by stronger pricing in North America and a sharp reduction in losses at its European and South American units.

GM said today its pretax operating income — the figure the company considers most reflective of its underlying performance — rose 28 percent, to $2.66 billion. That amounted to a pretax profit of $1.26 a share, hurdling the $1-a-share average forecast of analysts, compiled by Reuters.

Net income more than doubled, to $1.95 billion from $945 million in the first quarter of 2015, which was weighed down by about half a billion dollars in nonrecurring items, mostly from costs related to GM’s wind-down of the bulk of its Russian operations.

GM narrowly missed breaking even in Europe, posting a $6 million pretax loss, vs. a $239 million loss in the same period a year earlier. The company has long targeted 2016 as the year it finally stanches the flow of red ink there.

“We’re growing where it counts, gaining retail share in the U.S., outpacing the industry in Europe and capitalizing on robust growth in SUV and luxury segments in China,” CEO Mary Barra said in a statement.

GM was able to pad its bottom line during the quarter despite global sales slipping 2.5 percent, mainly through the sale of more-profitable vehicles across its biggest markets and aggressive cost-cutting in troubled regions such as South America.

An increase in pickup and SUV sales and a boost in pricing from the recently launched Malibu sedan and Camaro sports car helped GM to a $2.3 billion pretax profit in North America, up 5 percent from a year earlier. GM’s sales in its most-profitable region rose just 1.2 percent, to 800,000 vehicles. GM said the growth was fueled by retail sales amid a pullback on less-profitable rental-car business.

GM said its retail market share in the U.S. during rose 1.9 percentage points, to 17.6 percent. In a roundtable interview with reporters at GM’s headquarters this morning, CFO Chuck Stevens said the retail-share gain “is the true measure of how well you’re doing from a product perspective and a brand perspective.”

Across the rest of its operating regions, GM’s pretax profit improved by nearly $400 million despite continued tough market conditions in several key markets.

In China, GM posted a $518 million pretax profit, flat from a year earlier. GM said it was able to offset a drop in demand for smaller passenger vehicles with stronger sales of more-profitable vehicles, specifically SUVs and Cadillacs.

GM cut its losses in South America to $67 million, from $214 million a year earlier, despite a 26 percent slide in sales there. Stevens credited the improvement to GM’s efforts to “right size” the business, including a roughly 20 percent reduction in its work force in the region last year.

“South America is a very volatile environment to do business in,” Stevens said. “We want to … drive our break-even point down, focus on a strong product launch, reduce our reliance on fleet sales, so that when the market recovers we’re going to be in a great position to take advantage of the upside.”