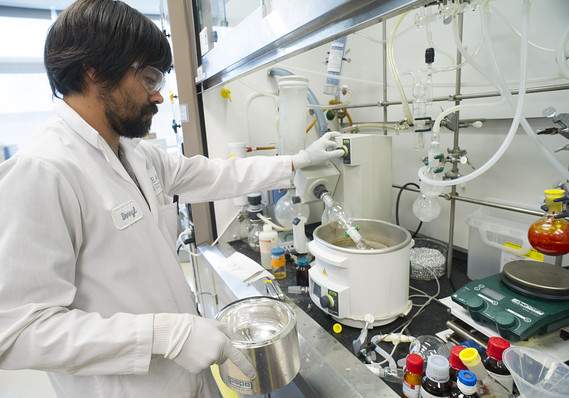 The drug, dubbed Harvoni, builds on Gilead’s blockbuster Sovaldi treatment, which recorded the biggest drug launch in history after going on sale late last year and is itself a lightning rod for critics of drug prices.

Sovaldi alone costs $84,000 for a typical course and must be combined with other therapies. Analysts estimate it racked up about $9 billion in sales during the year’s first nine months. The new drug combines Sovaldi with another agent into a single orange pill that needs to be taken just once a day to cure most patients.

The escalating price for treating hepatitis C, which affects more than three million Americans, has been a sore point for health insurers and drug-benefit managers facing a mounting dilemma: how to balance use of a medicine that can prevent tens of thousands of deaths without breaking the bank.

Tensions between insurers and pharmaceutical companies have risen as the drug makers have increased prices repeatedly and then priced new drugs higher than the older therapies. Some new cancer therapies also have become flash points, with drug companies touting the lifesaving benefits, while insurers complain the six-figure prices don’t justify a few extra months’ survival.

Drug companies say their products save money over the long-term by preventing more expensive treatment or providing a cure. In the case of hepatitis C, they argue that a cure could prevent liver cancer and costly liver transplants.

“If a surgeon announced they had developed a surgery that would cure 90% of patients and that surgery would cost $200,000, nobody would bat an eye,” said Mick Kolassa, a former pharmaceutical industry pricing official who now advises companies at Medical Marketing Economics LLC.

So far, the drug companies have been able to get away with the increases. Spending on brand-name drugs in the U.S. during the first quarter this year totaled $63.5 billion, a 12% increase that was the highest in eight years, according to Needham & Co. But payers say that the rising prices are forcing them to search for new weapons to control spending.

“If pharma continues to price based on what the market will bear, I promise you it’s not sustainable,” said Steven Miller, chief medical officer at Express Scripts, a pharmacy-benefits manager. “We need to start the debate about how we get to a more sustainable model” of drug pricing.

Already, health plans and drug-benefit managers use higher out-of-pocket costs like copays to steer patients toward less-expensive medicines. They are also experimenting, according to Goldman Sachs, with rewarding doctors who prescribe less expensive but equally safe and effective drugs. To control costs this year, insurers have been trying to restrict use of Sovaldi to sicker patients.

Another tool: excluding expensive drugs from so-called formularies, the menus of medicines that can be used.

After Express Scripts removed 48 drugs for diabetes, multiple sclerosis and other conditions from its national formulary on Jan. 1, prescriptions of those drugs plunged 75% compared with the same period last year. The cuts are estimated to save more than $1 billion in spending this year. Next year, Express Scripts plans to exclude 66 drugs.

For hepatitis C, doctors and patients have been waiting for Harvoni because the pills can be taken without the injections that Sovaldi is supposed to be taken with. The injections can cause depression, fatigue and headaches. In clinical trials, the new pills performed better than regimens containing Sovaldi, curing a slightly higher percentage of patients.

“To get an even better cure rate without the injections and with therapy as short as eight to 12 weeks is clearly revolutionary,” said Donald Jensen, director of the University of Chicago’s Center for Liver Diseases, who has done clinical-trial research for Gilead and other pharmaceutical companies. Dr. Jensen has been among the liver doctors who have been delaying treatment for many patients in anticipation of the new approval.

Also, Mr. Alton said Harvoni could cost a third less for patients requiring eight weeks of treatment. Gilead estimates that about 35% to 40% of hepatitis C patients fall into this category, because their infections haven’t progressed far enough to scar the liver.

Insurers could “look at using the eight-week regimen more proactively as a way to reduce cost” long term because they wouldn’t have to pay for more longer and more expensive drug therapy later or for even costlier liver transplants after that, Mr. Alton said.

Yet insurers are counting on competition from other drug companies to reduce their costs. AbbVie Inc. says the U.S. Food and Drug Administration is scheduled to decide on approving its new treatment before the end of the year.

Sector & Sovereign analyst Richard Evans, a former pricing official at Roche Holding AG ’s U.S. pharmaceuticals business, expects AbbVie to offer a 15% discount to compete with Gilead, based on his analysis of the likely profiles of the competing drugs and previous industry pricing patterns.

An AbbVie spokesman said it is too early to comment on price. During an earnings call early this year, AbbVie CEO Richard Gonzalez indicated the company might avoid a price war.

“We have a product profile that stands up quite nicely in the marketplace, and so that’s [i.e. aggressive pricing] not our strategy going forward,” Mr. Gonzalez said.

CVS Health, which operates a pharmacy-benefits manager in addition to buying drugs for its own pharmacies, says it is waiting for the approval of rival treatments so it can use the competition to “negotiate for better prices,” said Troyen Brennan, chief medical officer at CVS Health.

Jon Baker, a 53-year-old music producer from New York City and Jamaica, said he may have to wait for competition before he can get treated.

Mr. Baker suspects he was infected while getting tattoos as a teenager. He says he was effectively deterred from using the Sovaldi regimen earlier this year because his health plan, which is owned by UnitedHealth Group Inc., required he pay half of the cost.

Mr. Baker prefers to be treated as soon as possible before his infection, which is at an early stage, advances.

“You wait for more liver damage to be sustained while you wait for the competition to come in,” he said.

He said he is going to look into getting an insurance policy next year that will make getting treatment more affordable. UnitedHealth said Mr. Baker’s out-of-pocket requirement won’t be allowed next year under the Affordable Care Act, and that it would have tried to help him find treatment sooner if his condition had warranted it.