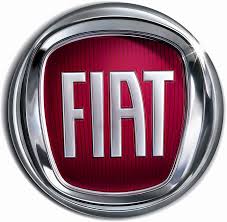 Fiat Chrysler Automobiles NV is in the late stage of talks with Alphabet Inc.’s self-driving car division about a technology partnership, according to a person familiar with the discussions.

The talks have been ongoing for several months, this person said. Alphabet has been seeking industry partnerships with the biggest auto makers in the world, offering a deal to sell self-driving car technology that has been under development for several years.

Although the company’s autonomous-vehicle development efforts are most often tied to the Google self-driving cars that are testing in California and other states, the company has ambitions as an auto supplier. Google’s car-development executives have said they don’t want to build cars themselves.

Fiat Chrysler Chief Executive Sergio Marchionne, meanwhile, has been scouring the auto industry in search of partners to help offset production and development costs, or to merge. He argues that industry players need to build more scale to achieve better return on invested capital, and has signaled being open to working with a tech giant, including Alphabet or Apple Inc.

Last year, Alphabet hired former auto industry executive John Krafcik to head its autonomous-car unit. He has made forging partnership with car makers a focus for 2016.

The Fiat Chrysler talks were first reported by AutoExtremist.com, an industry blog.