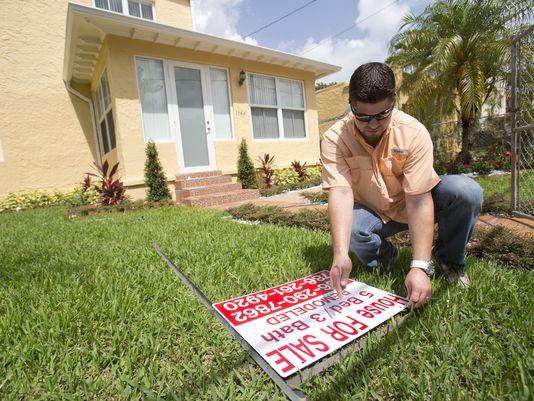 Sales increased 2% to a seasonally adjusted annual rate of 5.6 million from an upwardly revised 5.49 million in September, the National Association of Realtors said Tuesday. That’s the highest level since February 2007 and soundly beat the estimate of a 0.7% rise by economists surveyed by Bloomberg.

“October’s strong sales gain was widespread throughout the country and can be attributed to the release of the unrealized pent-up demand that held back many would-be buyers over the summer because of tight supply,” said Lawrence Yun, the realtor group’s chief economist.

Housing inventories were paltry again in October, declining to a 4.3-month supply from 4.4 months September. A six-month inventory is considered balanced.

But Yun said, “The good news is that the tightening labor market is beginning to push up wages and the economy has lately shown signs of greater expansion. These two factors and low mortgage rates have kept buyer interest at an elevated level so far this fall.”

Housing starts reached a postrecession high in October, a development that, if it continues, “could go a long way in giving homeowners much-needed assurance that they can list their home for sale and find a new home to buy within a reasonable timeframe,” Yun said.

In October, single-family home sales increased 2.3% while condominium and co-op sales were unchanged.  The median sales price of all homes was $232,200, up 6% from a year ago.