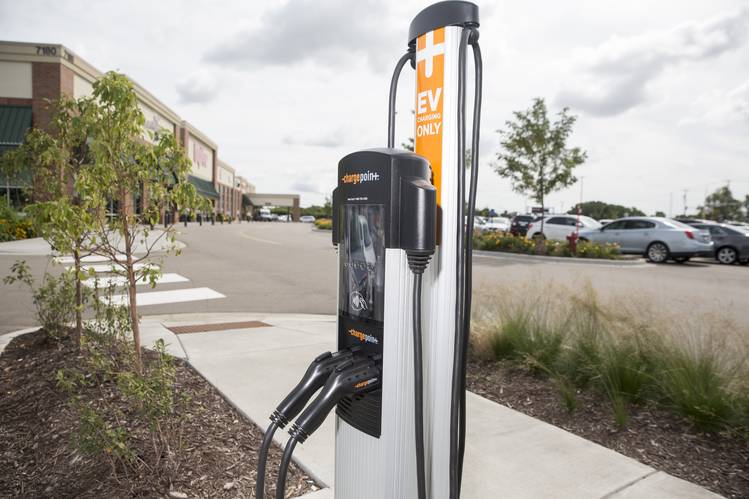 Adoption of electric vehicles will not be gradual, because the factors required to unlock demand for them are in place

In 2015, about one in every 150 cars sold in the U.S. had a plug and a battery. But mass adoption of electric vehicles is coming, and much sooner than most people realize.

In part, this is because electric cars are gadgets, and technological change in gadgets is rapid.

One big leap is in batteries. A typical electric vehicle today costs $30,000 and will go about 100 miles on a charge, if that. Within a year, you’ll be able to get double that range for just a little more money.

Tesla Motors Inc. is the standard-bearer, promising a Model 3 vehicle meant to appeal to the masses at $35,000 without incentives and more than 200 miles of range. By comparison, the average new car in the U.S. today sells for about $33,000.

But Tesla is hardly alone. Later this year, Chevrolet will roll out its $37,500 Bolt EV. It, too, boasts more than 200 miles of range, which appears to be the new goal for eliminating “range anxiety”—the fear that a vehicle will run out of juice—among potential electric-vehicle buyers.

And that is just the start. Pasquale Romano, chief executive of ChargePoint Inc., the world’s largest maker of electric-car charging stations, says he works with, and talks to, most major car companies. “We have seen their internal plans to just electrify everything,” he said.

In the short run, many of these cars will be plug-in hybrids, with both electric motors and gasoline engines. It makes sense to lump them with electric vehicles because most new models have enough battery power to get the average U.S. commuter to work and back without using any gasoline.

Steve Majoros, a marketing director at General Motors Co.’s Chevrolet unit, says that 90% of trips and 65% of miles driven in its Volt plug-in hybrid are on electric-only mode. The Volt can go 53 miles on a charge.

Every plug-in hybrid is effectively an electric car that is carrying a “range extender,” just in case. They will help electrify a large share of the miles Americans drive. They’ll also help ease consumers into electric vehicles, overcoming any remaining fear about being stranded after running out of juice.

Competition among electric vehicles and plug-in hybrids will be intense, which will drive down prices. Volkswagen AG has pledged to make every model available as a plug-in hybrid by 2025. BMW AG has made the same promise. Hyundai Motor Co. promises eight plug-in hybrid models by 2020, plus two all-electric vehicles. Toyota Motor Corp.’s overhaul of the plug-in Prius, boasting twice the range, arrives before the year is out.

Another trend will help—the proliferation of charging stations. ChargePoint Sunday said it has 30,000 stations in its network, where it collects any fees levied by owners. By comparison, there are about 90,000 publicly accessible gas stations in America, says Mike Fox, executive director of Gasoline & Automotive Services Dealers of America.

The number of commercial charging stations is growing quickly in part because they’re relatively cheap—costing $3,000 to $7,500 per port, depending on whether it is new construction or a retrofit. When attached to a business, they can attract customers, and encourage them to stay longer and spend more.

Hy-Vee Inc., a chain of 241 grocery stores in eight Midwestern states, installs charging stations at all its new locations; it has four chargers at each of 42 stores. Charge times for electric cars vary widely, depending on the station and car make, but it typically takes 30 minutes to an hour to get a decent charge. Conveniently, that is roughly as long as it takes to have a meal, says John Brehm, director of site planning at Hy-Vee.

Placing charging stations at workplaces, where cars spend much of their time, will be uniquely powerful. When a workplace installs a charging station, employees are 20 times as likely to buy a vehicle with a plug, according to a survey from the U.S. Department of Energy.

Drivers won’t switch to electric vehicles as rapidly as consumers adopted smartphones. The average American keeps a car for 11 years. For most people, though, by the time you’re ready to buy another car, there will be a range of plug-in vehicles available at prices comparable to gasoline vehicles. And that doesn’t count the projected savings in fuel, or in maintenance, since electric vehicles have many fewer moving parts.

It is the nature of disruptive technological shifts that it seems like nothing is changing—until it seems as if everything is changing at once. Electric vehicles have been a long time coming, but they now represent such a clear and present threat to the gasoline engine that Mr. Fox, of the service-station association, now recommends that members signing long-term contracts for fuel include an option to renegotiate if more than 10% of a state’s fleet goes electric.

If Tesla can deliver on its current promises with the Model 3, says Mr. Fox, “gas vehicles are history—it’s horse and buggy days.”