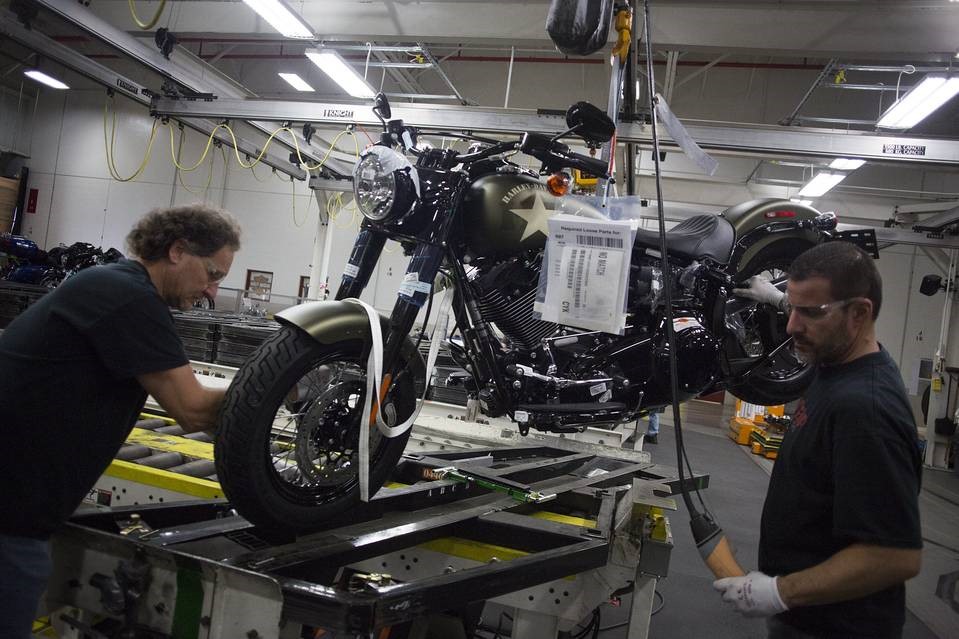 Manufacturing should offer some hope in the coming industrial production report

Harley-Davidson motorcycles are manufactured in Pennsylvania. The Federal Reserve is due to report industrial-production figures Friday.

For months, the mighty greenback has rained on American manufacturers’ parade. The dark clouds are finally starting to part.

The strong dollar and depressed oil prices have acted as a double whammy on manufacturing activity. Not only did the currency’s strength push the price of U.S. exports higher and hurt sales, but falling oil prices prompted many energy companies to slash spending on factory goods.

Both of those headwinds have changed course recently; the dollar has weakened since January, while oil prices have bounced, topping $40 a barrel this week. These trends should play a positive role in the Federal Reserve’s report on U.S. industrial production due Friday.

Economists polled by The Wall Street Journal estimate production—the combined output of the nation’s factories, mines and power plants—fell 0.1% in March from the prior month. That would be an improvement from the 0.5% drop in February.

Meanwhile, manufacturing production has recently ticked higher, coinciding with the dollar’s peak and subsequent decline. That should come as little surprise. Historically, manufacturing activity has performed better during dollar weakness.

For instance, the dollar was predominantly in decline from 2002 through 2008. In January 2002, the manufacturing component fell 3.7% from a year earlier. By January 2008, it had bounced back to positive growth of 2.8%.

While such a long stretch of dollars weakness isn’t likely this time around, it wouldn’t be surprising if the greenback sputtered for the time being. The Fed is taking a slow and steady approach toward interest rates. That means two rate increases this year are possible, with one or even none certainly plausible.

Other optimistic signs for manufacturing have manifested recently. The Institute for Supply Management said manufacturing activity expanded last month for the first time since the summer. And the Fed’s beige book, a survey of economic conditions released Wednesday, showed capital expenditures picked up earlier this year for manufacturers in five districts, a positive sign for future demand.

For manufacturers, the gloom is lifting. That should brighten the Fed’s mood, too.