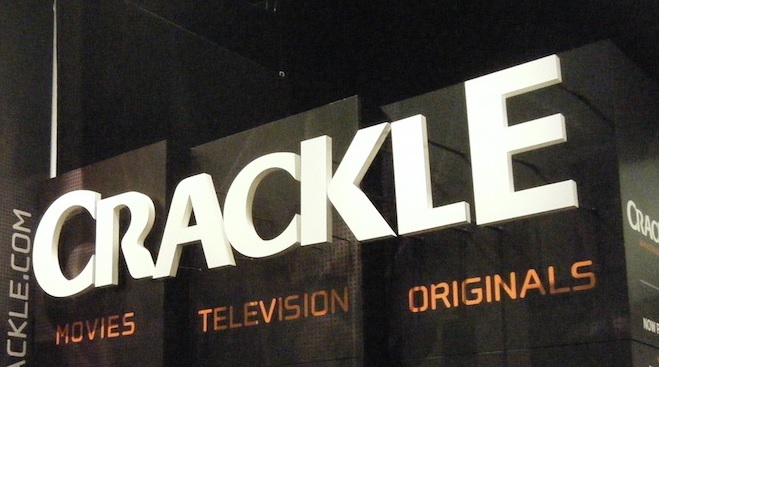 Crackle’s decision to move out of the NewFronts last year and hold its own upfront presentation changed the way advertisers viewed the streaming platform, according to general manager and evp Eric Berger.

During its second upfront presentation today at New York City Center, the ad-supported platform was feeling its oats, introducing new advertising models and taking aim at linear TV, especially rival platforms (and one in particular).

James Smith, svp and head of digital ad sales at Crackle and PlayStation, continued to beat the drum OTT players have been banging for the past few years: that more people are watching content on streaming platforms than traditional television. However, Smith pointed out, very few such platforms include advertising.

“Crackle is an ambassador for free TV, but [it’s] not free of advertising,” he said.

As many TV networks, Turner in particular, experiment with reduced ad loads during their programming, Crackle already boasts an ad load half that of linear TV, Berger reminded buyers.

Crackle introduced a new advertising product called Break Free that’s designed for binge watchers.  “When you binge watch a 10-episode series, the ads kill the experience,” Berger said. So, Crackle is reducing ad load for its original series to just five per episode. However, each series will have the same five advertisers throughout. “Those advertisers will be able to tell a story across multiple episodes with only four other advertisers competing for attention,” Berger said. The ads will likely be longer and can incorporate parts of the show their running in as a sort commercial-branded content hybrid, he said.

Infiniti was the first brand to sign on for Break Free. It did so for the second season of The Art of More starring Dennis Quaid. The series is Crackle’s first drama, but it will be joined by two more: the previously announced Start Up with Adam Brody and Martin Freeman, and an adaptation of the film Snatch.

Crackle renewed all of its comedy series including Supermansion and Comedians in Cars Getting Coffee. The popular series hosted by comedian Jerry Seinfeld returns June 15 for its eighth season with guests including Lorne Michaels, John Oliver and Judd Apatow. During the Summer Olympics, Crackle’s Sports Jeopardy will start airing on NBCSN.

Crackle is also the latest company to try out virtual reality. The Sony-owned platform will make its entire content library available to view in VR via its VR Theatre, and marketers will be able to skin the theater with logos and ads and insert their own 360-degree commercials. The streamer will also create original VR content, including a special episode of Supermansion and sponsored content by LG around Start Up.

Last year, Crackle introduced its Always On feature, where curated content starts playing automatically whenever users open the platform. Now it’s organizing its content into seven channels—including comedy, action and drama—giving brands the chance to advertise across a specific type of content.

Though it was never mentioned by name, Crackle made more than one reference to another ad-supported streaming network: Hulu.

In a humorous video featuring Bryan Cranston’s Titanium Rex character from Supermansion that Crackle played at the start of its upfront presentation, Rex holds a press conference announcing that the League of Freedom would shun advertisers in favor of a subscription-based model. That was met with a chorus of boos.

Later in the presentation, Berger referenced Hulu multiple times when touting Crackle as the only streaming network that remains committed to advertising. “Some very high-profile, ad-supported services are switching out of an ad model,” he said. Later, Berger showed a slide that appeared to feature Hulu’s two subscription offerings and told the crowd, “Here’s what our closest competitor thinks of you.”