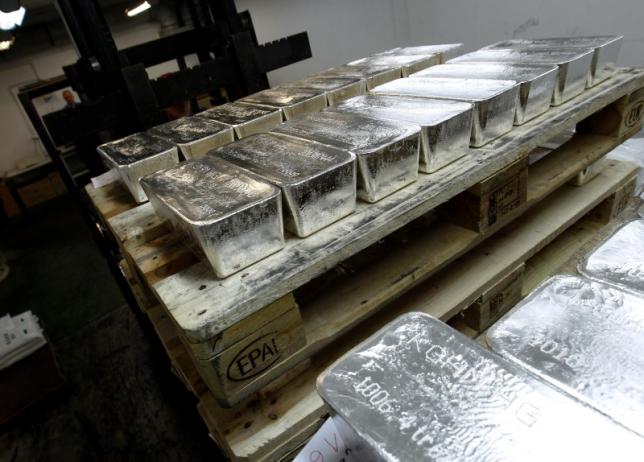 Freak weather, a weak dollar and stronger demand from China, the world’s top user of industrial materials, have spurred the biggest buying spree in commodities in a year, the latest sign the beleaguered sector is back in vogue after a year-long rout.

On Thursday, silver soared to 11-month highs as the dollar hit its lowest level since August, and soybean and corn futures reached their highest point since July as investment funds continued to pile in on concerns about adverse weather in South America. Copper jumped to a four-week high after robust import data from China.

Hitting its highest level in nearly six months, U.S. crude has gone from being one of the worst-performing assets last year to a star performer.

Approaching a 20 percent rise, which would qualify as a bull market, the bellwether Thomson Reuters/Core Commodity CRB Index that tracks 19 major commodities has gained 18 percent since February and on Thursday hit its highest level since December.

So far this month, the widely watched index was up 5.5 percent, poised for its best monthly performance in a year.

While prices of base metals and crude oil are still languishing close to multi-year lows and the global market is still awash with corn, aluminum and crude, the recent buying across the sector has commodities up 2 percent year to date, snapping a five-year losing streak.

Institutional and retail cash exited the sector over the past few years amid concerns about slowing economic growth in China, a growing glut of products from crude to corn to copper and a strong dollar.

The “overly bearish” sentiment that punished prices across the board has eased, said Rob Haworth, who helps manage $125 billion, including in commodities, for U.S. Bank Wealth Management.

“Now, investors are a little more balanced and bullish,” he said.

Speculators have piled into U.S. futures in recent weeks, with trade data showing more than 75 percent of funds in the market holding long positions.

The earliest sign that markets were perking up was in January when iron ore prices started rallying, confounding analysts and traders who saw it as little more than short covering.

Since then, prices have surged almost 50 percent and are on track to a record monthly gain in April, reaching $68.70 a tonne on Thursday, after tracking a rally in steel prices which have also rocketed in China.

It’s not clear if the recent gains across commodities are sustainable, but analysts say the years-long price rout may have at last removed enough excess production to help prices recover.

Julian Jessop, chief global economist at Capital Economics in London, said he sees oil prices recovering to around $60 per barrel by the end of next year.

“The recovery is consistent with the big picture of constrained supply, recovering demand and improving sentiment that we expect to lift many commodity prices over the coming years,” he said.

Some were less optimistic.

“This move in oil has moved us closer to fundamental fair value and we don’t expect a big bull move higher,” said Nic Johnson, who helps manage a commodities portfolio of more than $10 billion at PIMCO in Newport Beach, California.

“Other markets like iron ore or cotton, we think this move is starting to look fairly excessive and we think a correction lower is likely.”