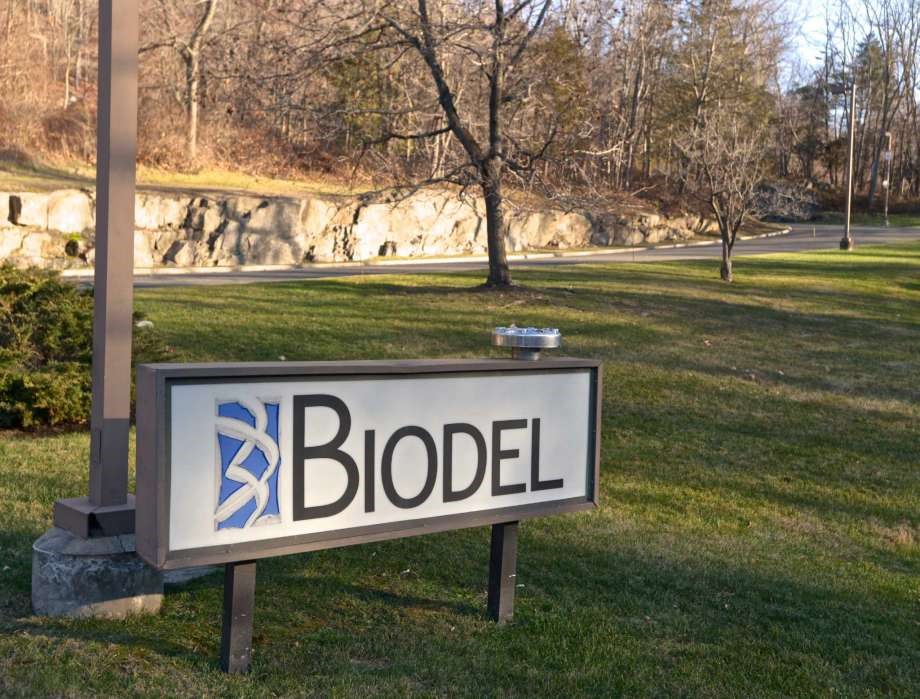 Biodel is located in the Saw Mill Corporate Park, at 100 Saw Mill Road, in Danbury.

In January executives with Biodel, which focuses on new solutions for diabetics, announced they might seek a sale or a reverse merger with the company after losing its partnership with York, Pa.-based Unilife to help develop Biodel’s technology as an emergency intervention drug for diabetics suffering from severe hypoglycemia. At the time, the company also laid off about 15 employees, more than half of its workforce, according to SEC filings.

The company had hoped that its cash reserves of about $33 million as of March 1 and its publicly traded status would be potential benefits for other businesses looking to merge with Biodel.

Both the board of directors for Biodel and privately held Albireo Limited have agreed to a definitive share exchange agreement that would result in Albireo owning about 67 percent of the new company, with Biodel shareholders maintaining a 33 percent stake. The new company, to be named Albireo Pharma, will be based out of Boston.

It was not immediately known whether Biodel, which has its offices at 100 Mill Plain Road, would continue to have a presence in the city. Gary Gemignani, the company’s chief executive officer, was not available for comment.

“Following an extensive and thorough review of strategic alternatives, we concluded that the transaction with Albireo provides Biodel stockholders with a significant equity stake in a bio-pharmaceutical company with promising clinical assets and substantial upside opportunity,” Gemignani said in a statement released about the merger late Tuesday. “We are optimistic that the promise of Albireo’s pipeline and the strength of its leadership team, coupled with Biodel’s cash resources, will enable the combined company to reach significant milestones.”

Ron Cooper, president and chief executive officer of Albireo, said the company has been working to help children suffering from pediatric liver disorders. Its leading candidate, A4250, a drug initially developed for Progressive Familial Intrahepatic Cholestasis, a life-threatening disease that affects young children, could prevent patients from significant surgeries including liver transplants.

“We believe A4250 has potential to greatly benefit patients suffering from a devastating orphan pediatric liver disease with no approved drug treatment options,” Cooper said in a prepared statement about the merger.

Share of Biodel rose more than 14 percent during trading on Wednesday to close around 44 cents per share.